It’s hard to say who’s playing games here: the Conservatives with their odd formulation for the start date of extended EI premiums, or the Liberals seizing the opportunity of their sudden “discovery” in the “fine print” to gloss over dealing with more contentious aspects of the budget (pay equity, for example) on the grounds that Royal Assent is urgently required without any further delay in the Senate so as not to impede disbursement of the EI money to those in need.

In any case, it all works out quite neatly for everyone concerned, doesn’t it? Well, except of course for those affected by the objectionable provisions that the Conservatives craftily embedded in their Economic Recovery Plan.

Who knows, perhaps there was a bit of collusion going on when the budget was drafted in the first place… a kind of “eject” button that could be deployed to catapult the bill past the Senate and get things on their way before the start of the fiscal year without a lot of wrangling and bothersome debate. Or maybe I’m being too conspiratorial…

Hat tip as always to Jeff for the videos.

As of this morning, Recovery.gov, the Obama administration’s new website to track spending under the American Recovery and Reinvestment Act is now up and running.

What do you think the chances of the Harper government doing the same for the billions of dollars being spent as part of their Economic Recovery Plan might be? Zero or none?

Michael Ignatieff asks why Canadian livestock producers were left out of the budget.

Here, we simply ask: Why did the Liberals support this budget?

Not much of a surprise here — we’ve been saying this for the past six months, if not longer. Still, it’s kind of nice to see the assertion given some solid backing with facts and figures.

Of course, in the past, the Liberals were just as bad for this sort of thing, but that doesn’t necessarily make it right.

I really have neither the time nor the patience to pick and sort through this concatenation of excrement to demonstrate what a shallow and seriously twisted little partisan hack Ezra Levant is, but allow me to highlight just one of many egregious turds in this morning’s desperate apologetic regarding Harper’s catastrophically awful budget.

But perhaps the most important reason why conservatives shouldn’t be too depressed by this budget is that it doesn’t create any new, permanent government programs that will continue to drain the treasury for generations to come. There are no new “product lines,” such as a national daycare or pharmacare program that would be difficult to uproot. The bulk of the spending is in tangible one-off programs, such as rebuilding roads and bridges and low-cost housing.

There you go… Low-cost, affordable housing for average working families is regarded by this smarmy, hypocritical prick as a “one-off” program. Do I really have to explain what’s entirely wrong with that?

It’s funny (in a curious and ironic way) that while Levant joyously celebrates the fact that Harper’s budget “doesn’t create any new, permanent government programs that will continue to drain the treasury for generations to come” he simultaneously revels in the fact that “the GST cuts continue to pour $12-billion a year back into consumers’ pockets.”

Wow. Can’t you just feel your, um, “pockets” swelling as you read this? 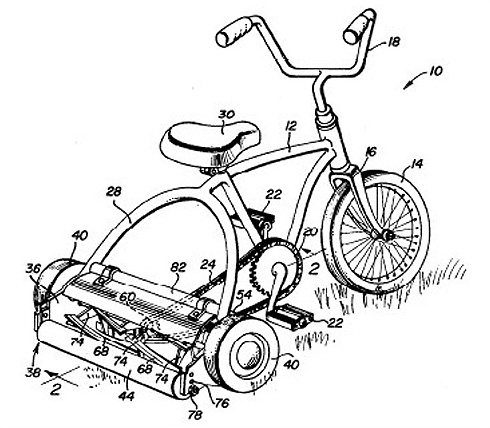 That the Liberals’ decision to support the harebrained mess of a “Conservative” budget for their own expedient, self-serving objectives polled favourably amongst respondents in a Decima poll likely won’t bring much comfort or solace (let alone financial relief) to those unable to access EI benefits as a result of the complete failure to address the issue, nor will it assist pensioners desperately scraping along that have seen their meager savings steadily eroded by virtue of the incompetence and monstrous greed of professional financiers, or other marginalized and vulnerable segments of society living hand-to-mouth that are on the “bleeding edge” of the recession (a fact that just a scant few months ago the government adamantly denied even existed).

But never mind that. Michael Ignatieff’s decision to prop up the hapless and soon-to-be-bankrupt Harper government was the right “popular” thing to do. Huzzah!

Fairly predictable criticism from the usual suspects regarding the so-called Conservatives’ feckless new SOS (“Save Our Skins”) budget.

What’s perhaps somewhat less expected was the relatively unvarnished reaction of Harper’s political mentor a couple of days ago:

“I spent five years getting Harper into power, so God knows I want him to survive,” Tom Flanagan, a political scientist at the University of Calgary, said in an interview Wednesday.

“I perfectly understand the imperatives of political survival and the need to make compromises and to adjust, etc., etc. etc. But . . . it’s got a creepy feel to it.”

What a shame that, like most “Conservative” supporters (Stephen Taylor and other fatuous jerks over at the Blithering Tories, for example), he didn’t have the fundamental integrity and/or intellectual honesty to denounce Harper’s bogus budget in more forceful terms.

Someone asked me this morning why the Liberals are supporting the government’s budget. Unfortunately, I didn’t have a good answer. When I heard yesterday that the Liberals would be proposing amendments to the budget I didn’t think that “putting the government on probation” (to use Ignatieff’s expression) would be sum total of demands that would be made. Really… is that it? How utterly disappointing.

Ignatieff understands what’s wrong with the budget. Yesterday, he detailed some of its main defects – its failure to address the fact that most jobless people don’t qualify for employment insurance, its refusal to deal with child care, the strings attached to its infrastructure spending proposals, its gratuitous attack on the principle of paying men and women equally for work of equal value.

Then, having listed the budget’s flaws, he said his party would support it anyway.

This political science 101 argument might make sense if the opposition Liberals were planning to oppose. But they are not. They plan to keep this government alive.

Even so, they could use their influence – as others have done in minority parliaments – to persuade Harper to compromise.

Where the government needs to compromise most is in the area of employment insurance. All employees pay into this fund. But only 42 per cent of the jobless qualify for benefits. In bad times, this discrepancy promises disaster.

A solution might cost $500 million a year. But for a government willing to spend $750,000 on a Lake Huron yachting pier, that’s small beer.

Or the Liberals could have focused on the budget’s less expensive but more ideological elements. These include temporary suspension of union rights in the public service and a frontal attack on the principle of pay equity, under which men and women are paid equally for work of equal value.

Had Ignatieff’s Liberals cared enough, they almost certainly could have forced the government to back down here. But clearly they did not.

It’s bad enough that we’re stuck with a government that’s more intent on playing cheap political games than it is in taking care of the nation’s business, the last thing in the world we need is an official Opposition similarly focused that continues to support Tories against the wishes of its own membership.

Update: It seems the media is supportive of the Liberals decision to prop up the government. Need I say more? Speaking of Kinsella — Heh.

Update2: Brent Fullard from the Canadian Association of Income Trust Investors (CAITI) weighs in with a detailed critique of just how “flawed” the Conservative budget is, and more germane to our purposes here, how it specifically fails to meet any of the conditions set out by Liberal leader Michael Ignatieff’s so-called “litmus test” that he had said was essential to gaining support of the official Opposition.

Update3: Here’s the latest on the webpoll from SDA — 84% hate the budget and want the spending madness to stop. Only 15% feel that the budget basically gets things right. On our little poll here, 68% of people didn’t want the Liberals to support the budget.

Meanwhile, here in Canada: “The Conservative government (like its Liberal and Conservative predecessors) apparently doesn’t believe in either pay equity or the need to enforce its own regulations.”

The budget says the Tories will “identify government holdings that could be developed by the private sector to stimulate local economic development…In some cases, it may be concluded that selling an asset to a private-sector entity may generate more economic activity and deliver greater value to taxpayers.”

But apparently, Flaherty is already padding the books to the tune of $2 billion when not only haven’t the sales been made yet, the assets under consideration haven’t even been identified.