Frank Schaeffer discusses the lunacy of right-wing evangelical Christians. A recent poll disclosed that 1/3 “conservatives” believe that President Obama is the “anti-Christ”…

“A village cannot reorganize village life to suit the village idiot — it’s as simple as that.”

h/t: Dave in the comments for bringing this to my attention. 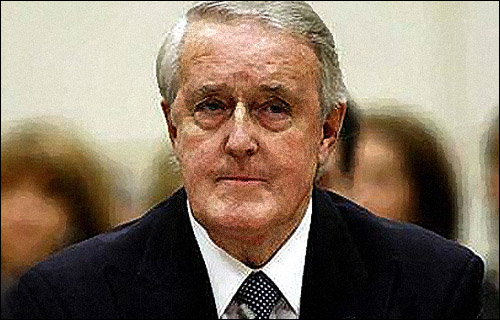 The most unpopular Prime Minister in living memory yesterday lauded U.S. President Barack Obama and threw his support behind efforts to reform healthcare in the United States:

The former prime minister drew parallels between Obama’s uphill fight to reform health care to his own struggles as prime minister, which may have cost him popularity but benefited the country.

“Prime ministers are not chosen to seek popularity. They are chosen to provide leadership. . . President Obama is fighting for a form of universal health care and is encountering ferocious resistance.

“The attacks on President Obama are often bitter and mean-spirited and his approval ratings are sinking like a stone. Still, he fights on…

“Fifty years from today, Americans will revere the name, ‘Obama.’ Because like his Canadian predecessors, he chose the tough responsibilities of national leadership over the meaningless nostrums of sterile partisanship that we see too much of in Canada and around the world.”

The “vast, crowded hotel ballroom” was reported to have fallen completely silent at that specific part of Mulroney’s speech and one woman out of the 1,500 attendees was even noted by a CTV reporter in attendance to have openly snickered.

They should have had Kathy Shaidle on this panel so she could once again ask her now infamous question: “Are there even a thousand really poor people in all of America?”