Almost 300 citizens turned out!!! To put that in perspective, the metro population of Washington, D.C. is 5.3 million. So, even with the awesome “star power” of Michelle Malkin and Joe the Freakin’ Plumber, their efforts still only managed to rally .005 percent of area residents. Impressive!

*Did any of the motley crew in attendance look like they were in the top 5% of income earners to you? 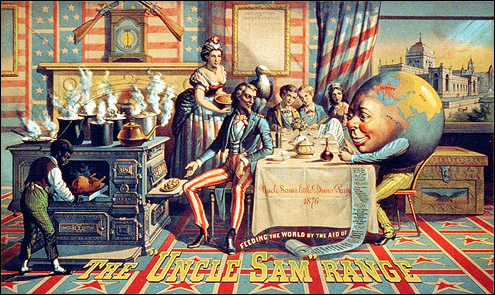 Apropos of absolutely nothing, I just happened to stumble over this while working on something and it struck me as being exceptionally surreal. (Click on the image for the enlarged view for full effect.)

Gee, took him long enough. I’m sure that he’ll be issuing an apology to “Taliban Jack” any day now. Yep, that’s gonna happen any day now.

Moving on to other matters… “Canada as you know is the largest energy importer for the United States…” Oops. Fareed was good enough to interject with a benign prompt re-stating what Harper meant to say.