Well, it would have been nice to post it here, but the Liberals, in their infinite wisdom, have decided to not to release it yet on YouTube and unfortunately, the format used on their website can’t be embedded on blogs using WordPress. Smart move, Liberals! Keep that sort of wicked cleverness coming and we’ll be well on our way to a repeat of the hilariously inept bungling that dogged Paul Martin’s inglorious last hurrah. So, instead, just to be a prick, here’s Michael Ignatieff, telling CTV’s Jane Taber on a recent Question Period why the Liberals are a compelling choice in this election:

Anyway, the actual ad can be viewed on the Lib’s snazzy new website (I’m told that it’s super-duper, but I actually prefer the old one — this latest iteration seems sparse and frosty). It focuses on the Liberals’ “Green Shift” plan with the relentlessly upbeat messaging of the sort used by regional development commissions to attract business investment to their communities.

In the ad we’re told by the reassuring male narrator that the “Green Shift” will “create new green jobs…clean technology, renewable energy, and green manufacturing” in addition to “new investments” in “clean water” and “healthy communities” (cue pictures of water, random people and commuter train), while “making polluters pay” (obligatory picture of dark, satanic mills). Oh, and “cutting income taxes” — can’t forget that (picture of young, visible minority couple with small child). “This is only the beginning… of what we will do with our great country, Canada,” says a casually dressed Dion from what looks to be a leafy corner of his backyard.

Of course, the ad is a lot of incredibly vague puffery lacking any specifics whatsoever, but that’s to be expected with these sweeping “vision” type ads that promise to, as this one does with respect to the carbon tax scheme, “turn the corner today and lead the world tomorrow.” Pretty bold, uplifting stuff that I’m certain nobody will really take all that seriously. Still, I’d give it high marks for being well produced (funny that it shares almost the exact same opening and musical notes with the Conservatives’ gauzy new ads — both featuring the Canadian flag waving in an clear, azure sky), concisely written and effectively expressing an optimistic sensibility that looks forward rather than back.

Perhaps like me, you missed the Liberal leader’s speech this morning following the writ being dropped. In that case, here it is for your viewing pleasure.

For whatever it’s worth, I’d have to give this a big thumbs-down in terms of delivery. Dion is clearly uncomfortable reading a teleprompter, which only makes his speaking style even more awkward and halting than is sometimes the case even in his unscripted commentary. I know that sort of thing may seem superficial, but I always find stumbling, awkward hesitation and other such flubbing to be highly annoying distractions that draw focus away from whatever the substance of the remarks may be. It’s the same unfortunate affliction that John McCain suffers from. If Dion can’t overcome this problem in short order, he should find ways avoid prompters like the plague; stick to notes or better yet, just extemporize (as risky and prone to generating gaffes as that may be).

Aside from delivery, the speech was jumbled, incoherent and utterly forgettable. Dion would have been better served if he’d just slammed Harper for calling an unnecessary election in violation of his own promise and then cut straight to the part where he said that nonetheless he welcomes the opportunity to finally introduce himself and his vision to Canadians. After which, he could have focused more attention on answering questions from the press, something he’s actually gotten fairly adept at over the last year.

As for Dion’s message, it centered largely around the question, “Has Canada grown stronger under the Conservatives?”; a query derived I would imagine from the old chestnut “Are you better off than you were four years ago?” that Ronald Reagan delivered with great effect against Jimmy Carter during a presidential debate in 1980.

Whether Dion’s question will get an affirmative or negative response depends very much on who’s answering it, of course, and the way in which it’s been altered might not exactly help his case. Rather than appealing to people’s own self-interest by asking, as Reagan did, whether individuals felt “better off” themselves, Dion asks instead whether the country is “stronger” — a far more nebulous and problematic question for people to answer with any certitude.

But then, perhaps the answer doesn’t matter at all, for in fact, Dion merely uses the question as a rhetorical form of assertion in order to pander to the public’s presumed dyspepsia and disaffection with Stephen Harper’s “narrow minded, right-wing agenda and his secretive, unaccountable style government.” Whether that can be made to stick remains to be seen, but I wouldn’t bank on it.

Update: Just what planet am I living on? I just took a quick tour of various Liberal blogs to see what the reaction of others was to the speech. According to Steve V. at Far & Wide it was “impressive” and “perfect on some [sic] many levels.” Danielle Takacs said it “portrays a positive vision for Canada” (the post seems to have disappeared however). Jeff Davidson said Dion “looked good today.” Our friend KNB pronounced it “terrific.” I’m sure there were other fulsome responses out there that I’ve missed. Well, what can I say? Go figure.

Here’s a brilliantly incisive mockumentary from The Daily Show called “Reformed Maverick” describing the career of John S. McCain, from the so-called “Wild Years” (1936-2006) to “Abandoning Everything He’d Always Stood For” (2006-Present) using the film career of Marlon Brando as the thematic counterpoint (from incorrigible outlaw biker Johnny Strabler to corpulent parody and pandering talk-show guest).

“He started out as a maverick reformer. But now this reformed maverick is something even better: a winner. And he’s loving it.”

Here’s the initial part of Bill O’s interview with Obama on The Factor last Thursday. The rest of it will air in a series of staged installments on the program over the coming week, presumably to milk it for the ratings potential.

Obama acquitted himself well; tough, confident, and well-informed — as usual. Funny how the right wingnuts persist in claiming that Obama is useless without a teleprompter when it’s quite clear from these kinds of lengthy, informal interviews (not to mention innumerable debates during the primaries) that he’s articulate and engaged beyond just spouting talking points when discussing the issues without the aid of a teleprompter or a script crafted by speechwriters — and in point of fact, I believe he actually writes most of those himself, rather than relying entirely on the creative efforts of speechwriters, as is the case with many others… 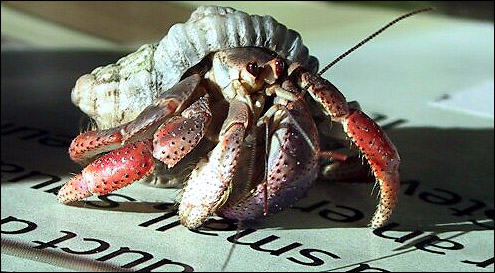 Consider this an open thread of sorts to discuss this morning’s announcements the party leaders following Harper’s meeting with the Governor General asking her to dissolve parliament.

What an amusing thing to say. Aren’t these the same folks that have been sanctimoniously nattering on forever about the supposed “arrogance” of the Liberals and of anyone who backs them? And yet, here they are, already declaring victory with absolute certitude and braying like a pack of cartoon hyenas at the imagined pummeling of their political enemies that’s confidently believed to be imminent. And all this before the writ has even dropped. Seems a tad presumptuous, not to mention… Oh, I dunno, what… arrogant?

Perhaps a Harper victory is a foregone conclusion, but I think you’re going to find that Dion isn’t quite the hapless, callow wimp that you seem to think he is. Or at least I hope so. Personally, I’m very much looking to him to be a scrappy fighter and a far more determined foe than might have been expected by those who’s impressions have been shaped largely by a steady stream of Conservative Party propaganda over the past few years. We shall see, I guess…

Keep in mind that a lot of unforeseen things can happen in an election. If as Lord Riveaulx famously said, “Forty-eight hours is a long time in politics,” then six weeks is a virtual eternity.

Seriously. Get a life.

As Scott Tribe points out, the Liberals are purchasing carbon offsets to neutralize the CO2 emissions associated with their campaign travel from CarbonZero, a Canadian company with offices in Toronto and Calgary.

Chalk up yet another swing and a miss by the “Blogging Tories” super-sleuth.

Update: Speaking of wankers, you have to be somewhat astounded at the jaw-dropping temerity of doltish Tory supporter “Hunter” who says this with a straight face: “Seriously, when all the parties admit they are going to go negative, it shows how desperate they are…”

Apparently she’s oblivious to the relentless campaign of negative attack ads that have been directed against Stéphane Dion by the Conservative Party ever since he became leader, in addition to the negative radio, print and TV commercials the party has run off and on over the last year or so attacking the Liberals, as well as the highly negative “10-percenters” that have been flooding homes across the country over the summer.

For some reason, I don’t imagine this “Hunter” person ever thought for a moment all that negative propaganda churned out by the Conservatives was somehow an indication of their desperation. Doublethink much?

Update2: Janke plunges down the rabbit hole of carbon offsets, specifically the firm that the Liberals have contracted to look after this matter for them and exposes great perfidy, outrageous fraud, and generally nefarious doings! Or at least that seems to be the gist of his dubious, innuendo-laden peregrinations. To be honest, I usually find Janke’s pedantic sleuthing to be profoundly boring — it’s almost always a frustrating experience with no actual payoff at the end of the day. It should be interesting in this case to see how the folks at CarbonZero respond to the muckraking allegations being leveled by Detective Steve.