A measure seeking to commemorate President Bush’s years in office by slapping his name on a San Francisco sewage plant has qualified for the November ballot. Seems like a fitting tribute.

Some might be interested in this interview with Ezra Levant’s new little buddy Guy Earle, the Vancouver comedian whose case before the Human Rights Tribunal is the latest cause célèbre being championed by the same unsavory group of crackpots that rallied to Mark Steyn’s defense.

Today, Levant retails an account from one of his readers about the dismally attended “benefit concert” recently staged for Earle :

When I had an extended conversation with one of the comics, while sipping my wine in a plastic cup, he became more and more interested. He had no clue about who you and Mark are: I said, “Get over to Ezra Levant’s blog and read ALL OF IT!” He had no clue what’s at stake—the end of democracy, period! After we talked, he said, “Now I have a much better idea about how serious this is.” And the fact that there were only about 100 people at the benefit—I was really disappointed at the puny turn out—displayed, I thought, the typical Canadian apathy to what’s really important.

Guy was very pleasant, very grateful for the support, interested to hear I was a Christian and that this kind of thing had been happening to Christians for some time. He was also solicitous that some of the show might offend me (nice of him!): I told him not to worry, “Christians have big shoulders about these things.)”

Interesting to note that Jason Kenney was there.

Just for the record, here are some of the Earle’s “Christian” comments made in connection with the event subject to the HRC complaint, as related by the self-described “washed up comic” on the Dave and Chuck Show from November 18, 2007 shown above:

So these girls were in the front row and they were making out and they said “Shut up” or “Fuck you, asshole” and I asked them to be quiet and, um, and they were intimating that I maybe didn’t like them because they were lesbians. And then I broke into it, you know. I said, “Come on, you’re fat and ugly. You’re not even lesbian. No guy will fuck you and that’s why you’re with each other. Somebody shut her up and put a cock in her mouth and shut her the fuck up. Which one of you wears the strap-on dildo? Because silicone cock-crazy is still cock-crazy in my book.”

I haven’t been following this case, but vaguely recall some blogger providing an interesting take on the situation to the effect that it really has nothing at all to do with “free speech” as it’s been touted by Levant & Co. Unfortunately, I can’t for the life of me remember who it was, so if anyone knows and could advise me, I’ll be happy to link up with that information.

Update: Turns out Big City Lib was the blogger in question. As he said: “This case is not primarily about free speech. Earle is being charged under section 8 of the BC Human Rights code, which covers ‘Discrimination in accommodation, service and facility.’ If you want an analogy, he’s being charged with acting like a bit like an abusive waiter, not an edgy comedian.”

An adaptation from the audiobook version of The Areas of My Expertise by John Hodgman, with accompaniment by Jonathan Coulton.

From the video description:

John Hodgman’s PBS documentary, Hobo Matters. If not the most celebrated episode of The American Experience, certainly the most astounding, not only for the number of facts packed into this short episode, but also for the fact that PBS actually produced and dared to air it.

Unfortunately, this chronicle of the Great Depression and the Hobo Wars was quickly erased from history by the powerful Hobo Queen for it revealed too many secrets about the hobo world.

More on “Hobo Matters” here and a reading (mp3 format) of “700 Hobo Names” from the paperback version of the book, described by the publisher as “a lavish compendium of handy reference tables, fascinating trivia, and sage wisdom – all of it completely unresearched, completely undocumented and (presumably) completely untrue, fabricated by the illuminating, prodigious imagination of John Hodgman, certifiable genius.”

Katharine Seelye of the New York Times is at the liberal bloggers’ Netroots Nation convention in Austin, TX and reports that for various reasons, some members of the netroots (the so-called “F*ck Panel”) are easing off their use of profanity… or at least “have scaled back” of late.

Digby Parton, who writes on Hullabaloo.com, said she initially thought of her blog as an ephemeral form of conversation among friends and used vulgarities freely. But now she is read by a substantially wider circle and has cleaned up her language.

“I don’t use the same amount of profanity,” she said. “We’re taken much more seriously as a political force,” and she has a stronger sense that her words are “out there for posterity.”

Still, she said, she does not want to take a restrictive view toward language and doesn’t always hold back.

Next on the panel was Lee Papa, a theater professor at the College of Staten Island (part of the CUNY system) who writes the Rude Pundit, which gives you an idea of where he’s coming from.

He said he started his blog during the buildup to the war in Iraq, when, he said, disagreement with the idea of going to war was suppressed. One example: Shortly before the Iraqi invasion, in 2003, Phil Donahue’s talk show, which was often anti-war, was cancelled by MSNBC, even though it was the highest rated of the network’s such shows; an internal memo later revealed that executives thought Mr. Donahue’s would be “a difficult face for NBC in a time of war.”

Mr. Papa said his impulse toward vulgarity, including references to rape, was a reaction to that climate of suppression. Besides, he said, “I curse a lot in my daily life.”

But now, he said, he curses a lot less, almost as if he has developed an internal quota system that lets him get it out of the way each morning.

Kevin Drum, who writes the more proper Political Animal blog for the Washington Monthly, said he tones it down “because my mother reads my blog.”

“I used to swear a lot,” he said. “I like swearing, and I love reading people who do it well.” But he said he discovered that “a lot of people really don’t like it and I shut it down,” both in his personal life and his writing life.

Next on the panel was Duncan Black, aka Atrios of the blog Eschaton and a fellow at Media Matters, who questioned why certain words were perceived as bad when they were describing policies that were truly horrific.

“I’ve toned it down a little bit over the years,” he said, but he added that if he wants to use a certain word, he does.

Although I think there’s generally far too much fuss and bother made about the level of obscenities on blogs, I have been making a deliberate effort to avoid superfluous profanity here over the last six months or so. As a result, the last time I checked my old site using the Cuss-O-Meter, it scored a surprisingly prim 3.9%! WordPress however produces a much higher score (16.8%) that I would guess must be owing to the comments being included. There’s no particular reason for this move, but putting an end to the grundyesque tut-tutting of wearisome right-wing scolds would probably be high on the list of motives.

Kiki Smith, who was born in Nuremberg, Germany, in 1954, grew up in New Jersey and has lived in New York City since 1976. In the late 1970s and early 1980s she was associated with the artist’s collective Collaborative Projects, Inc. (Colab). During that period she began to focus on the constituent parts of the human anatomy, a subject that continues to figure in her art.

The Museum of Modern Art features work from her 2003 exhibition Kiki Smith: Prints, Books, and Things. An interactive website (using the incredibly cool “zoomify” technology) showcases the scope of Smith’s printed art and present it thematically, focusing on such topics as anatomy, self-portraiture, nature, and female iconography. 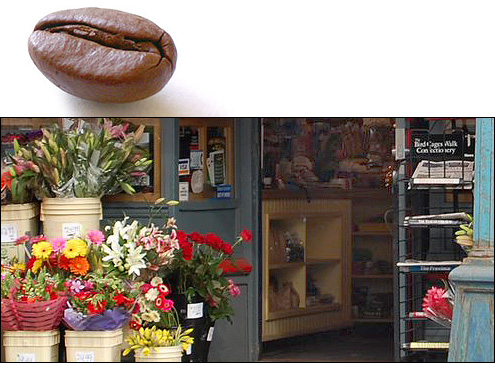 • Iraqi PM disputes report on withdrawal plan that seemed to support Obama’s position, a spokesman now saying they “were misunderstood, mistranslated and not conveyed accurately” but without specifying how to a credulous CNN.

• Stubborn seniors refuse to die. Failure to yet appear on Smuckers jar cited as one reason.

• “Despite the claims by some British officers that the Taliban is being tactically routed, no one seems to have told the Islamist insurgents,” quips an editorial in today’s Guardian. The paper concludes saying: “there needs to be an end to the cosy client relationship with Karzai, who has yet to show himself a capable leader, and a retreat from the West’s view that he is the country’s only possible saviour.”

• Writing in the Toronto Sun, columnist Michael Den Tandt says all the mounting evidence of a steady slide into chaos should be steadfastly ignored. “The moment it becomes difficult we wring our hands and imagine the inevitability of failure,” he says of the now seven year long war.

• Grassroots movement to “Save Our Starbucks” springing up across America. Time used to be that Starbucks made news when it came into town… How things have changed.